Dear invisible friend
This is a weird summer, the good thing is that the confinement made our island look quite different, that is, cleaner landscapes, animals here and there and crystal clean waters. The bad thing is that economy sinks and stinks..., but at least I keep coding whenever I have time.
Please find binaries at
HBF)
BB) 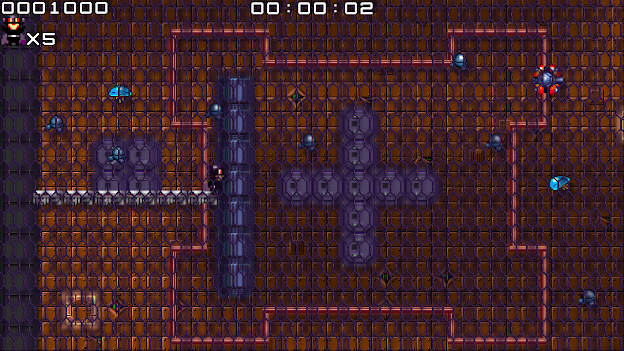 Posted by Abel Belzunces at 3:27 PM No comments:

I hope you are all safe and well. Due to bloddy coronavirus thingy I had plenty of time to write code so here we go! 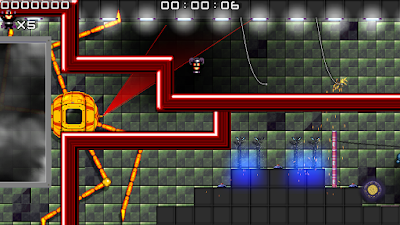 Martina is coming! (and also a new version of HBF)

Oh well, is never too late to have another baby, so happy...

In the meantime I always find time to change little things here and there. Most important changes since last time: 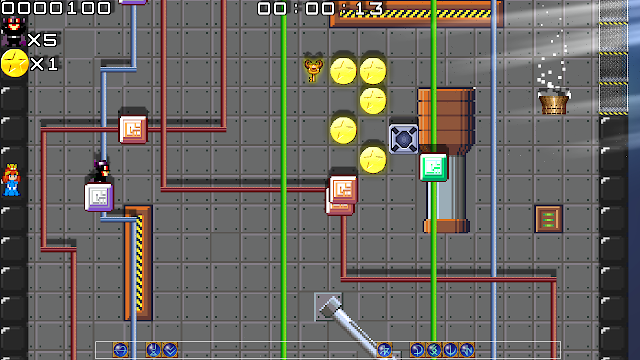 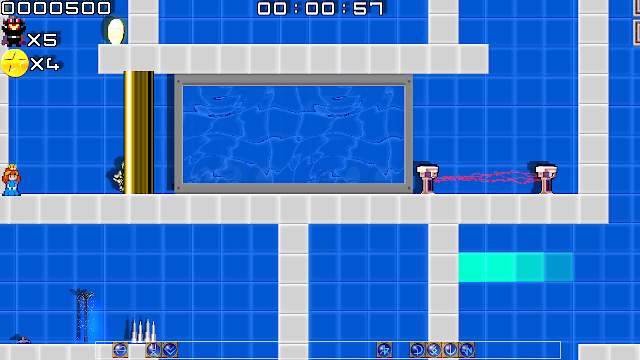 Posted by Abel Belzunces at 7:52 PM No comments:

I'm still improving the engines just because is lots of fun. 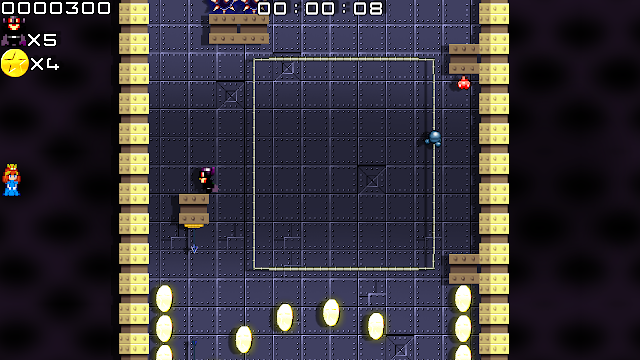 This release was focused on improving the global performance, so now the game is about 20% faster. Aside from that now the game has shadows maps, light maps, a new enemy Turret and a generic Laser.

Found binaries at OneDrive, here is the what's new: 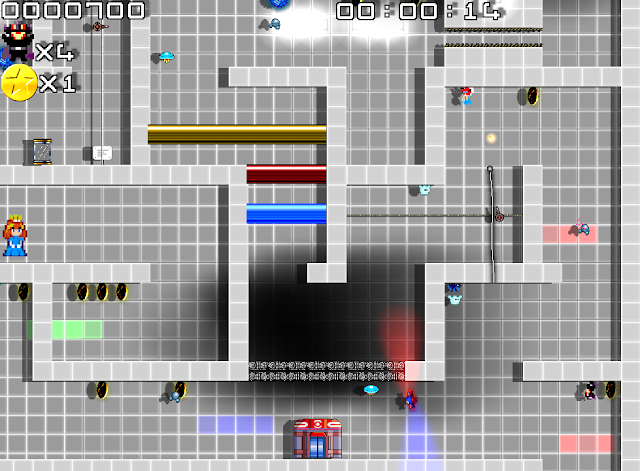 Posted by Abel Belzunces at 8:53 PM No comments:

I've been playing for a while with the attribute [unsafe], the reason is that I use interfaces all over the code but I manage my own objects, so I don't need this COM overhead, I need basically interfaces behaving as clever pointers.

The game offers to all entities the following interface which returns many interfaces to handle any part of the game behaviour, like this nobody is aware of the implementations of the classes.

So a typical enemy would do GameServices.GetSound.Play() in order to play a sound.

The classic IntfCopy() is there and of course their counterparts InfClear(). When you have a system which continuously passes interfaces then is quite an overhead.

In the experimental version we get:

Hooray!, all that overhead is gone. The problem is that the compliler very often makes a mess and the code explodes as an AV (I haven't found a pattern), so I change the way the calls are done and then it no longer crashes.

For example this crashes (in some places of the code some others not):

changing the code  a bit as:

Not a big deal but quite cumbersome to do all over the code, so I change it when it crashes.

Now with this UNSAFE stuff:

I believe if worth the effort. It is important to note that interfaces should all be declared as const and never as inline.

So once I'm happy with the results I will publish this version.

Cheers.
Posted by Abel Belzunces at 10:57 AM No comments:

Well, still not bad weather but summer "mode" is gone...

Anyway, as usual I always find time to improve the framework (which is the main idea behind all this) and the game itself. 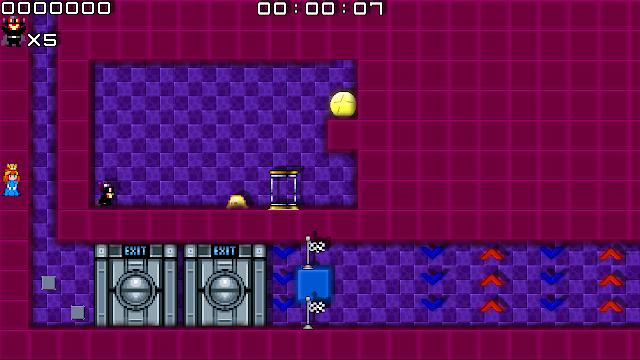 Found binaries at OneDrive, here is the what's new:

HBF)
BB)
Posted by Abel Belzunces at 3:13 PM No comments:

I've been lazy lately, but that has to change, still from time to time I move my ass and code a little bit, this is the outcome:

HBF can now be played on a LAN with up to four players!

Not because there are no news it means I'm doing nothing,  I was focus on net playing, not an easy topic, but as usual I love the concept "learning by doing", so this is the result of that process.

What's new in the game? 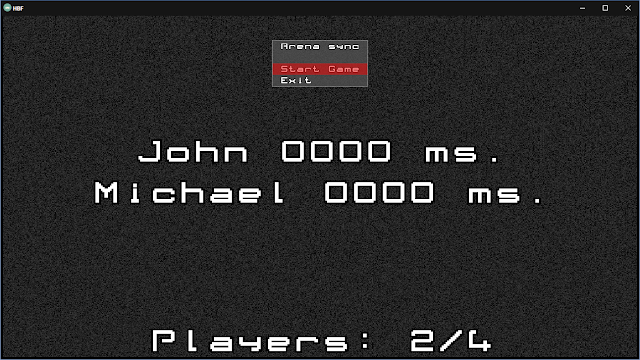 And that's all folks.

Posted by Abel Belzunces at 8:08 PM No comments:

HBF is not alone anymore, say hello to a new player.

Like a month ago I was thinking, why not add a second player?, but as usual new ideas bring new challenges.

Adding a second player to the game means many aspects of the game have to be modified, like who enters the Shop, how Items are split, some enemies need to decide the proper victim, how to handle when heroes are far away from each other, what do to when one die, change the behavior of the Door, who enters the Fight, rewrite most of the input system, etc.

That was as usual very funny. The most difficult part was to handle the Camera and order of sprites, so I decide so change the 2d engine to be more 3d (visually still the same), so now Camera can play with Z axis, then many Z issues appear..., so I had to revisit all game.

But anyway, the work is done after some tough weeks :-) 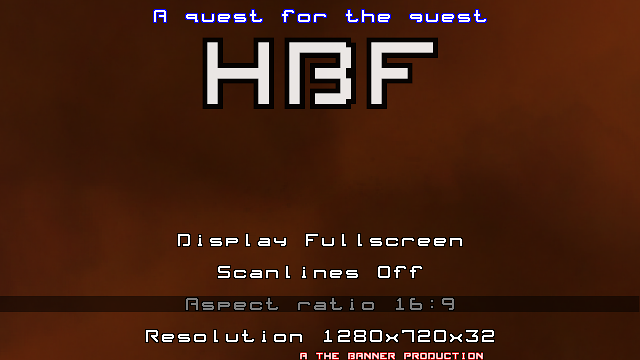 HBF now is accompanied by his partner ABB (say what?) 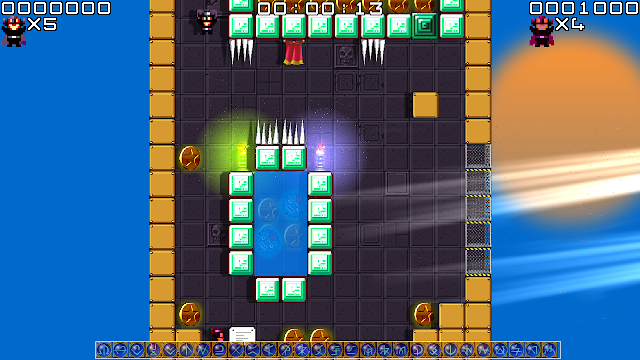 Camera zoom out to fit both players (until a certain point) 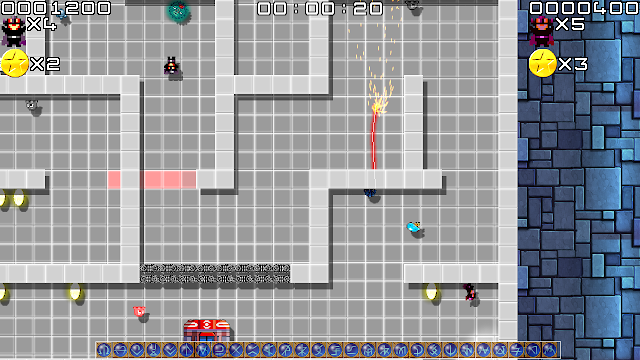 Posted by Abel Belzunces at 4:01 PM No comments: